The proposal is for the erection of a ground floor commercial space with three floors of residential accommodation. The residential units are split between, 1, 2 and 3 bed units. The proposed elevations are orientated due south and due north. The potential for large external amenity spaces per unit is achievable. 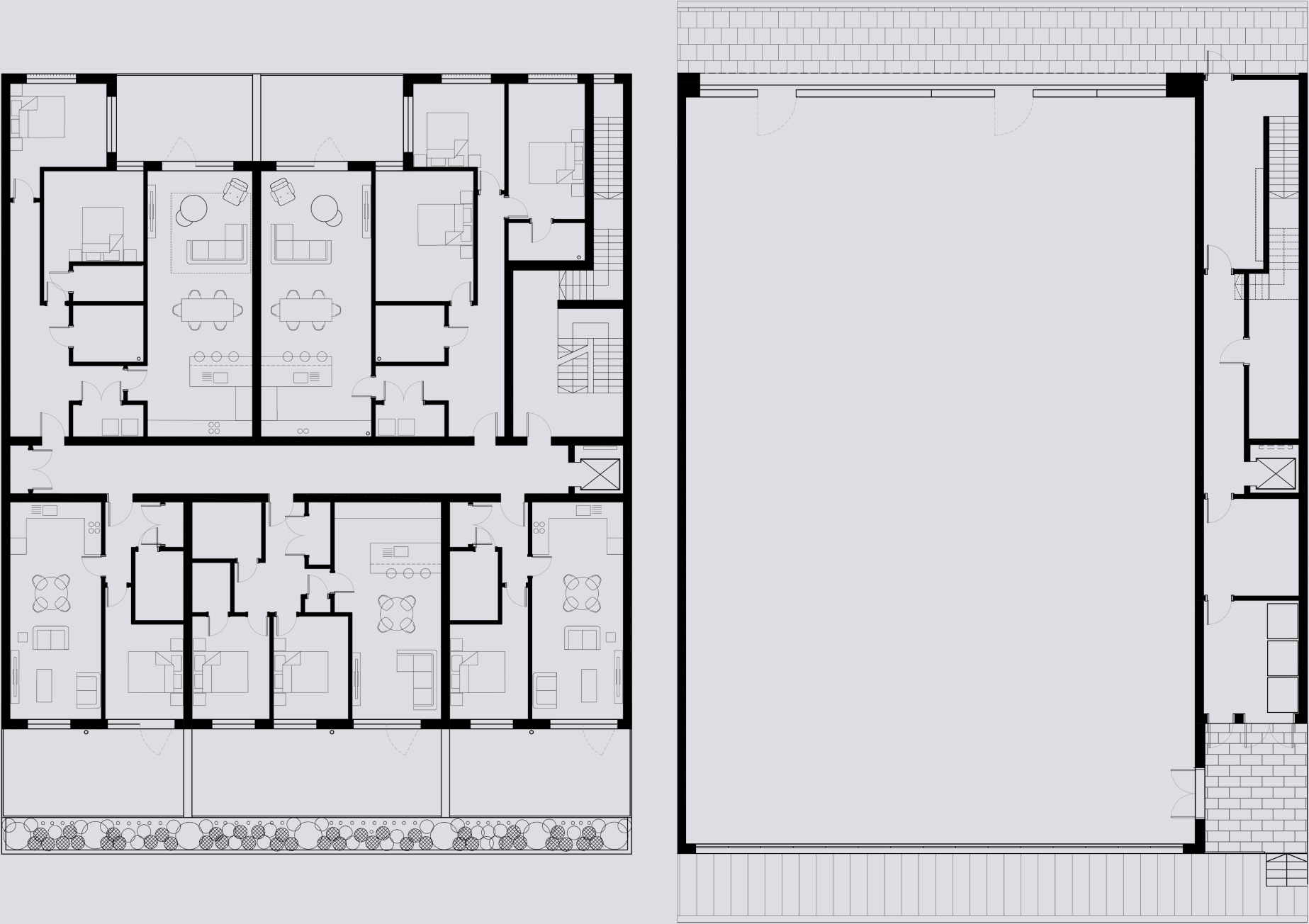 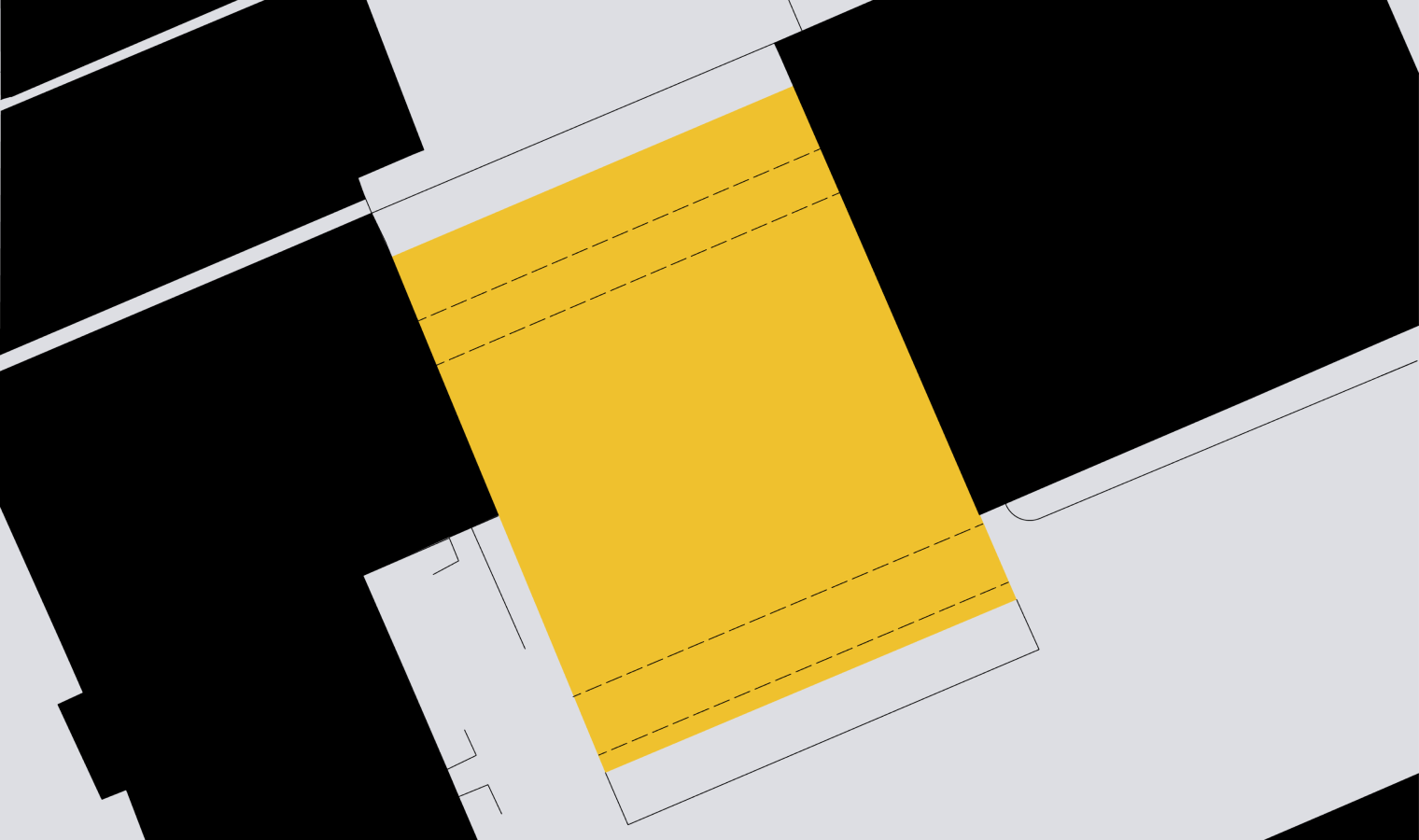 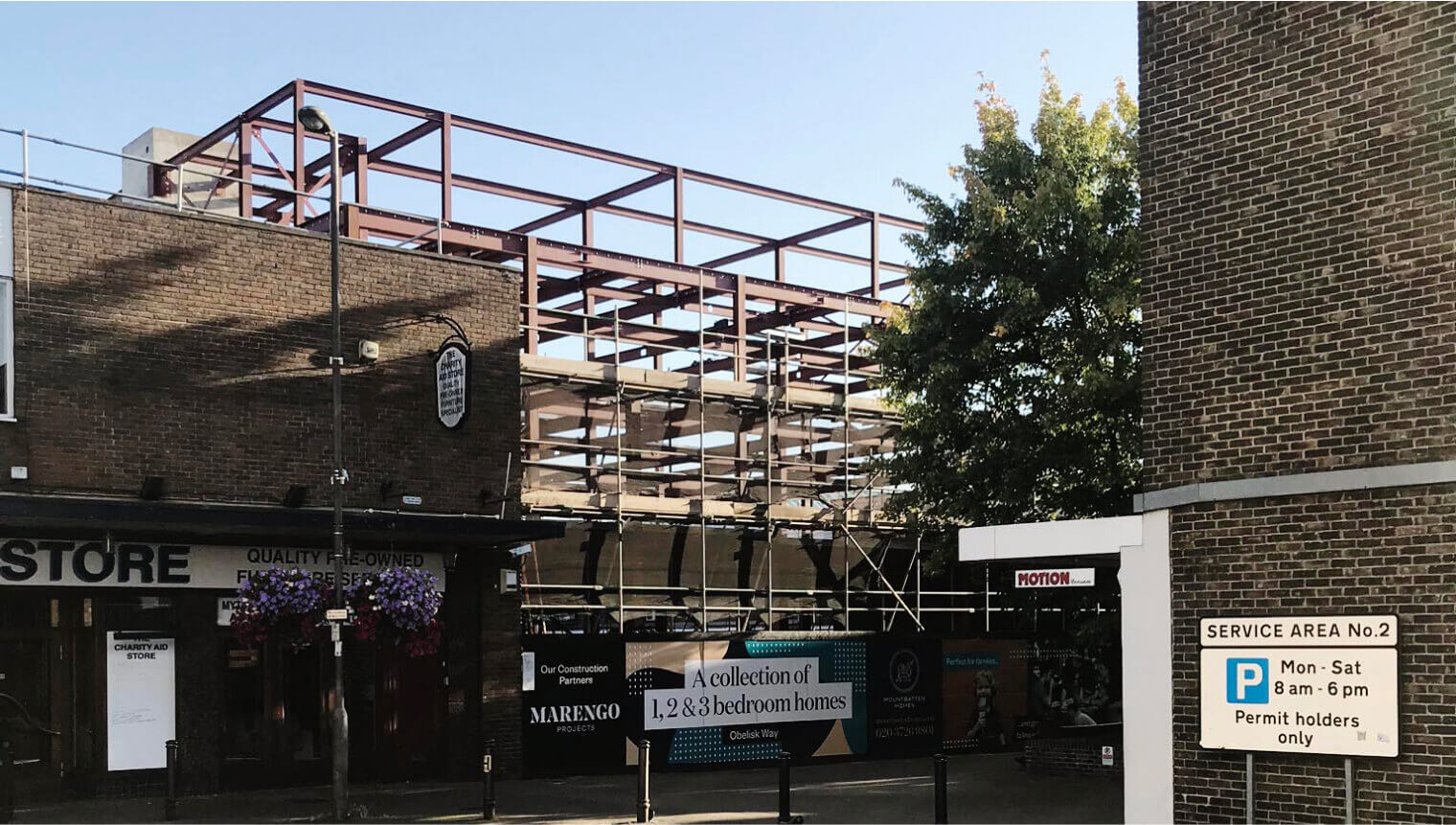 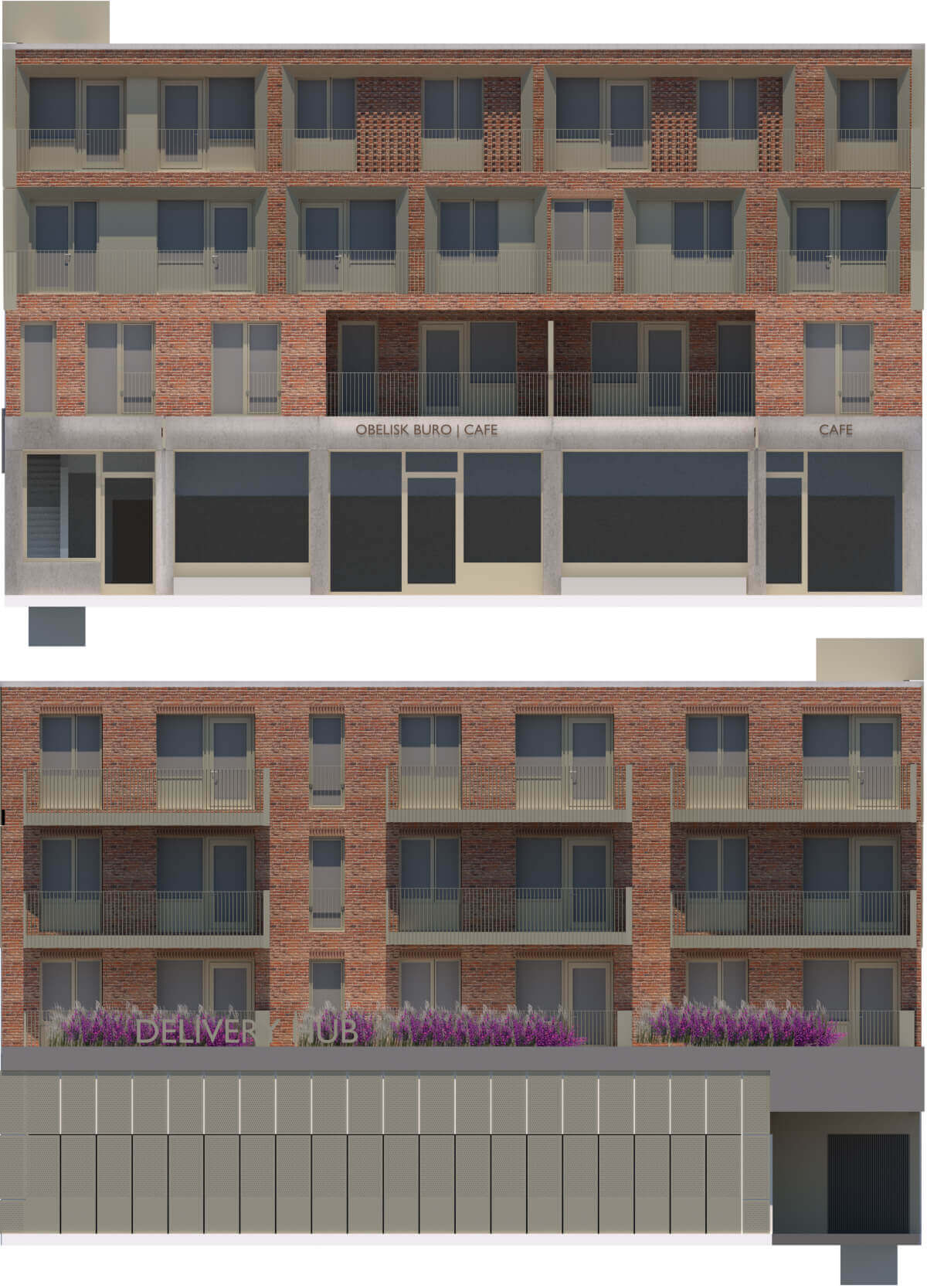 Researching the local area, the main used material is red brick. This ranges from bright red to light brown, with a mix of stretcher, English and Flemish bonds. The existing building hosts a Flemish bond with solider courses around the door frames, and arched windows on the first floor windows. The newer buildings across the mall are clad in red brick and render, and some areas have a bold zinc cover.

The colour of the brick and the bond will be in inspired by the Camberley Obelisk designed and built by Architect John Norris in the 1765 – 1770. The bond on the Obelisk is a Flemish bond with weathered qualities. Although a fire destroyed the top part of the obelisk in the 19th Century, much of the red brick exterior remains and is now protected with grade II listing. It was rumoured that in the early day, the Obelisk had a gold leaf plated ball on the top, with this influence in mind the gold has influence the colour to be chosen for railings, window surrounds and cladding.

This made the design team decide that a form of red brick would best suit the build. Further down the street some buildings are clad in concrete panels, other with stone decorative work. 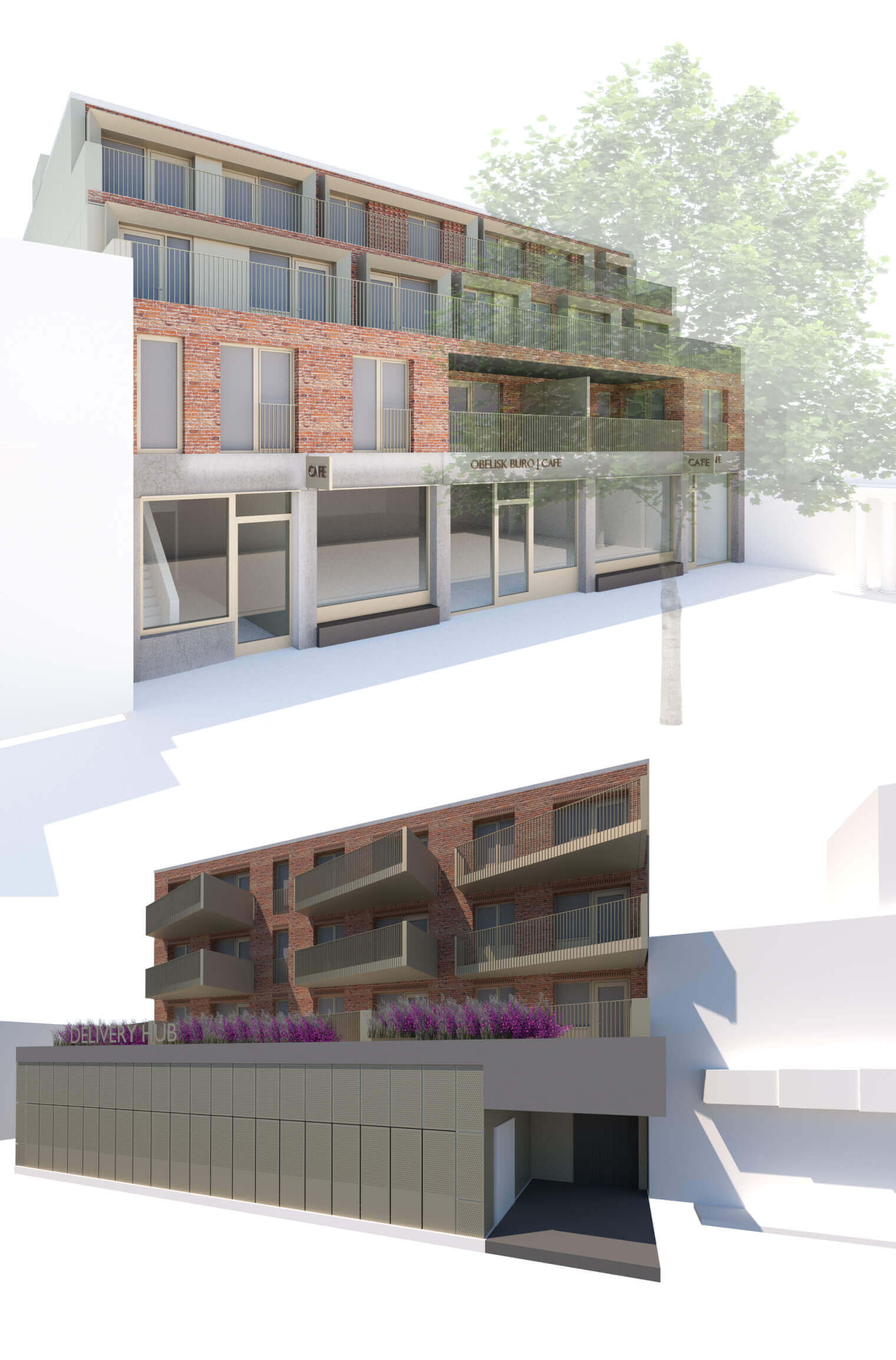 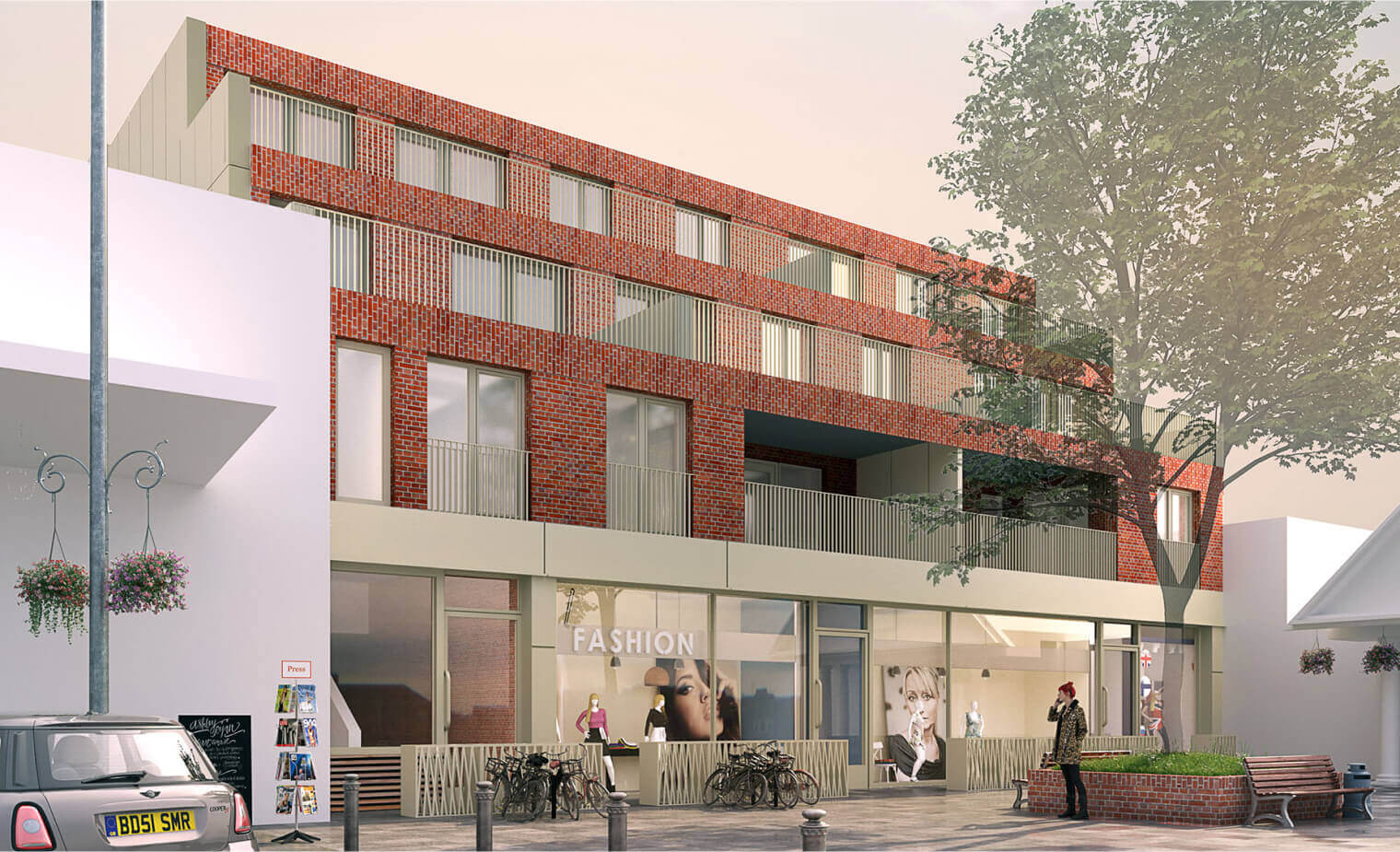 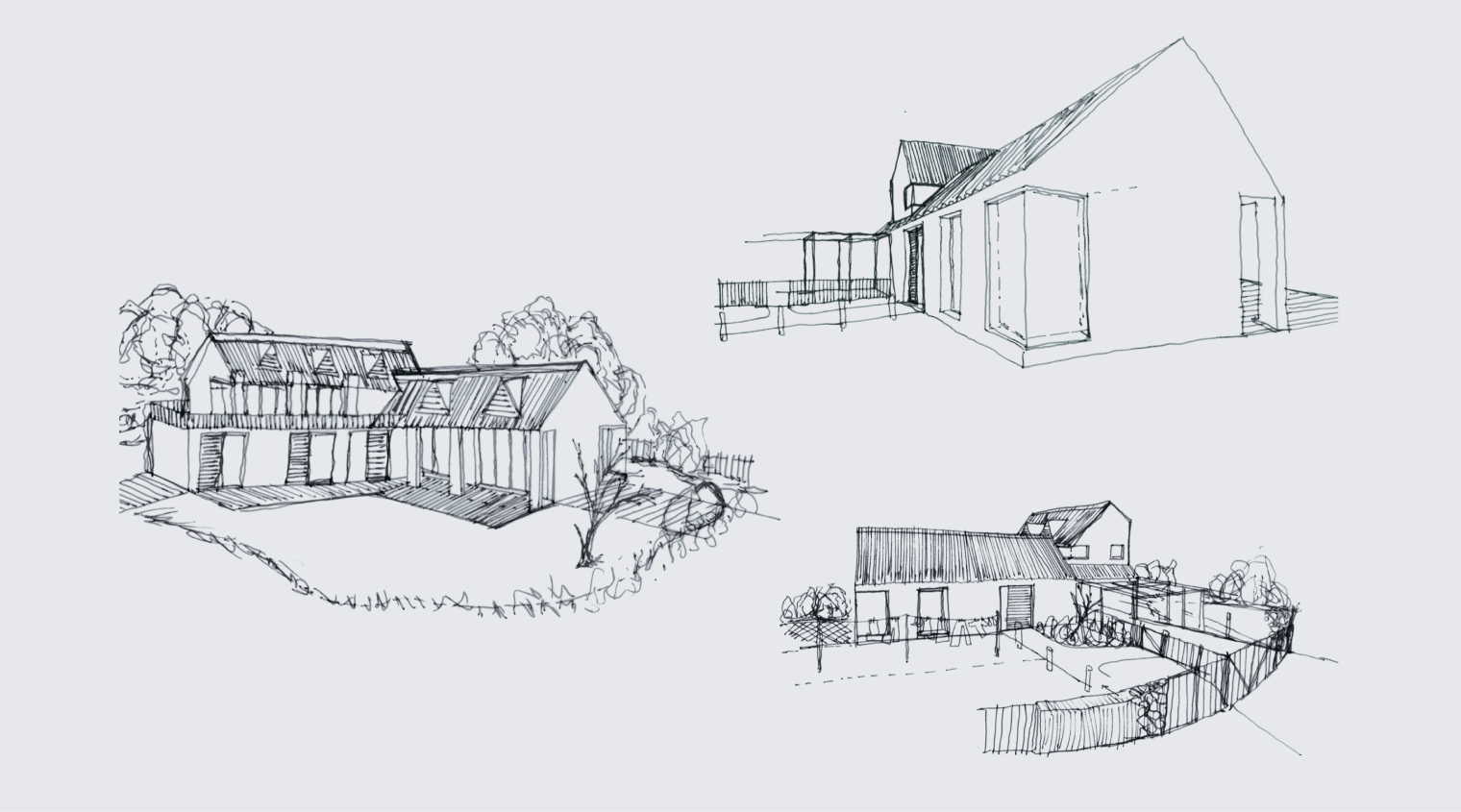